Both kinds of music (37): In memoriam Charlie Louvin 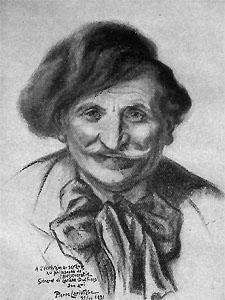 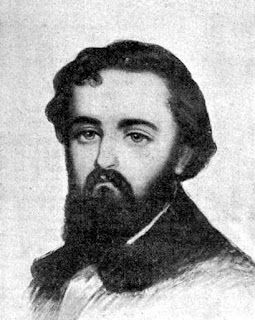 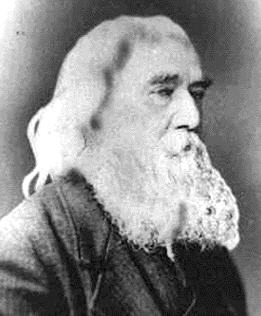 Both kinds of music (35): Cash in den Fünfzigern 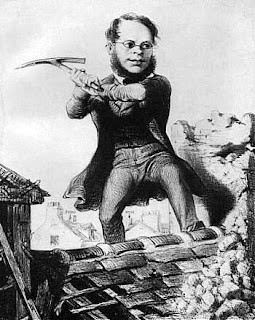 In den frühen 1960ern wurden im um Murray Rothbard herum gebildeten Circle Bastiat einige Lieder gedichtet, die eher an Bastiats Sparring-Partner Pierre Joseph Proudhon (naja, eigentlich mehr an Bakunin und an Joe Hill und die Lieder  der IWW) anknüpften:
The Battle Hymn of Freedom
(nach der Weise Battle Hymn of the Republic)
O'er these murky, troubled waters shines the Circle's beacon light,
That brilliant guiding beam that draws men daily to the Right,
Oh, its glory is a refuge from the State's inhuman might,
For Anarchy we fight.
Freedom, freedom, blessed freedom (repeat twice)
For Anarchy we fight.
In that free world of tomorrow which now rushes to the fore;
Man shall bow his noble head to neither gods nor Caesars more;
And this shall end forever all the State's communal lore,
For all shall know the truth.
Upward, upward go black banners (repeat twice)
For all shall know the truth.
Look up there, Circle brothers, see the black banners unfurled;
How they wave in expectation of a new and better world.
The lines are drawn, the ranks are firm, the challenge has been hurled,
The Circle marches on.
Vict'ry, vict'ry lies before us (repeat twice)
The Circle marches on.
All of freedom's blessed martyrs are here marching by our side,
Ours the spirit, ours the cause for which they smiling bled and died.
With us now they cut the fetters which man's mind and body tied,
Man will at last be free.
Nothing now will ever stop us (repeat twice)
Man will at last be free.
One by one the States are dying, see the age old monsters fall,
As the world resounds in answer to the Circle's trumpet call.
We'll not rest until all States are gone and men are freemen all,
And that day lies at hand.
Onward, onward Circle brothers (repeat, twice)
For that day lies at hand.
The State
(nach der Weise America the Beautiful)
It's yours to right the great wrong done
Ten thousand years ago,
The State, conceived in blood and hate,
Remains our only foe.
Oh, Circle brothers, Circle brothers,
Victory is nigh,
Come, meet your fate, destroy the State,
and raise your [black] banners high.
Quelle: The Libertarian Forum , Vol. VI, No.3, März 1974.

Both kinds of music (34): Die Rockabilly-Welle