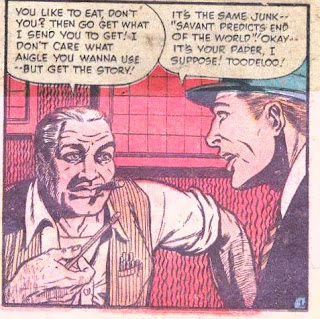 David Bowie Week: Quicksand; The Battle for Britain (The Letter)

I’m not a prophet
or a stone age man
Just a mortal
with the potential of a superman
I’m living on
I’m tethered to the logic
of Homo Sapien
Can’t take my eyes
from the great salvation
Of bullshit faith
If I don’t explain what you ought to know
You can tell me all about it
On, the next Bardo
I’m sinking in the quicksand
of my thought
And I ain’t got the power anymore

David Bowie Week: The Society for the Prevention of Cruelty to Long-haired Men 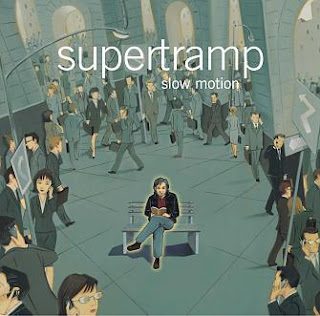 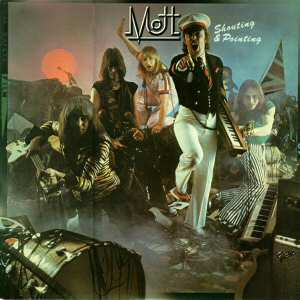 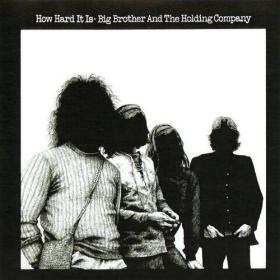 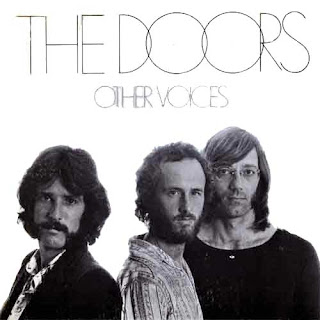 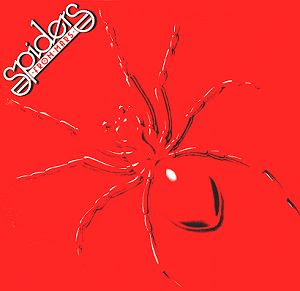 Suzi Quatro -Can the Can, 48 Crash, Daytona Demon, Devil Gate Drive, Too Big

As a historian who works on the 19th century, I have been reading my newspaper with a considerable sense of dread. While many commentators on the recent mortgage and banking crisis have drawn parallels to the Great Depression of 1929, that comparison is not particularly apt. Two years ago, I began research on the Panic of 1873, an event of some interest to my colleagues in American business and labor history but probably unknown to everyone else. But as I turn the crank on the microfilm reader, I have been hearing weird echoes of recent events.

When commentators invoke 1929, I am dubious. According to most historians and economists, that depression had more to do with overlarge factory inventories, a stock-market crash, and Germany's inability to pay back war debts, which then led to continuing strain on British gold reserves. None of those factors is really an issue now. Contemporary industries have very sensitive controls for trimming production as consumption declines; our current stock-market dip followed bank problems that emerged more than a year ago; and there are no serious international problems with gold reserves, simply because banks no longer peg their lending to them.

In fact, the current economic woes look a lot like what my 96-year-old grandmother still calls "the real Great Depression." She pinched pennies in the 1930s, but she says that times were not nearly so bad as the depression her grandparents went through. That crash came in 1873 and lasted more than four years. It looks much more like our current crisis.

The problems had emerged around 1870, starting in Europe. In the Austro-Hungarian Empire, formed in 1867, in the states unified by Prussia into the German empire, and in France, the emperors supported a flowering of new lending institutions that issued mortgages for municipal and residential construction, especially in the capitals of Vienna, Berlin, and Paris. Mortgages were easier to obtain than before, and a building boom commenced. Land values seemed to climb and climb; borrowers ravenously assumed more and more credit, using unbuilt or half-built houses as collateral. The most marvelous spots for sightseers in the three cities today are the magisterial buildings erected in the so-called founder period.

But the economic fundamentals were shaky. Wheat exporters from Russia and Central Europe faced a new international competitor who drastically undersold them. The 19th-century version of containers manufactured in China and bound for Wal-Mart consisted of produce from farmers in the American Midwest. They used grain elevators, conveyer belts, and massive steam ships to export trainloads of wheat to abroad. Britain, the biggest importer of wheat, shifted to the cheap stuff quite suddenly around 1871. By 1872 kerosene and manufactured food were rocketing out of America's heartland, undermining rapeseed, flour, and beef prices. The crash came in Central Europe in May 1873, as it became clear that the region's assumptions about continual economic growth were too optimistic. Europeans faced what they came to call the American Commercial Invasion. A new industrial superpower had arrived, one whose low costs threatened European trade and a European way of life.

As continental banks tumbled, British banks held back their capital, unsure of which institutions were most involved in the mortgage crisis. The cost to borrow money from another bank — the interbank lending rate — reached impossibly high rates. This banking crisis hit the United States in the fall of 1873. Railroad companies tumbled first. They had crafted complex financial instruments that promised a fixed return, though few understood the underlying object that was guaranteed to investors in case of default. (Answer: nothing). The bonds had sold well at first, but they had tumbled after 1871 as investors began to doubt their value, prices weakened, and many railroads took on short-term bank loans to continue laying track. Then, as short-term lending rates skyrocketed across the Atlantic in 1873, the railroads were in trouble. When the railroad financier Jay Cooke proved unable to pay off his debts, the stock market crashed in September, closing hundreds of banks over the next three years. The panic continued for more than four years in the United States and for nearly six years in Europe.

The long-term effects of the Panic of 1873 were perverse. For the largest manufacturing companies in the United States — those with guaranteed contracts and the ability to make rebate deals with the railroads — the Panic years were golden. Andrew Carnegie, Cyrus McCormick, and John D. Rockefeller had enough capital reserves to finance their own continuing growth. For smaller industrial firms that relied on seasonal demand and outside capital, the situation was dire. As capital reserves dried up, so did their industries. Carnegie and Rockefeller bought out their competitors at fire-sale prices. The Gilded Age in the United States, as far as industrial concentration was concerned, had begun.

As the panic deepened, ordinary Americans suffered terribly. A cigar maker named Samuel Gompers who was young in 1873 later recalled that with the panic, "economic organization crumbled with some primeval upheaval." Between 1873 and 1877, as many smaller factories and workshops shuttered their doors, tens of thousands of workers — many former Civil War soldiers — became transients. The terms "tramp" and "bum," both indirect references to former soldiers, became commonplace American terms. Relief rolls exploded in major cities, with 25-percent unemployment (100,000 workers) in New York City alone. Unemployed workers demonstrated in Boston, Chicago, and New York in the winter of 1873-74 demanding public work. In New York's Tompkins Square in 1874, police entered the crowd with clubs and beat up thousands of men and women. The most violent strikes in American history followed the panic, including by the secret labor group known as the Molly Maguires in Pennsylvania's coal fields in 1875, when masked workmen exchanged gunfire with the "Coal and Iron Police," a private force commissioned by the state. A nationwide railroad strike followed in 1877, in which mobs destroyed railway hubs in Pittsburgh, Chicago, and Cumberland, Md.

In Central and Eastern Europe, times were even harder. Many political analysts blamed the crisis on a combination of foreign banks and Jews. Nationalistic political leaders (or agents of the Russian czar) embraced a new, sophisticated brand of anti-Semitism that proved appealing to thousands who had lost their livelihoods in the panic. Anti-Jewish pogroms followed in the 1880s, particularly in Russia and Ukraine. Heartland communities large and small had found a scapegoat: aliens in their own midst.

The echoes of the past in the current problems with residential mortgages trouble me. Loans after about 2001 were issued to first-time homebuyers who signed up for adjustablerate mortgages they could likely never pay off, even in the best of times. Real-estate speculators, hoping to flip properties, overextended themselves, assuming that home prices would keep climbing. Those debts were wrapped in complex securities that mortgage companies and other entrepreneurial banks then sold to other banks; concerned about the stability of those securities, banks then bought a kind of insurance policy called a credit-derivative swap, which risk managers imagined would protect their investments. More than two million foreclosure filings — default notices, auction-sale notices, and bank repossessions — were reported in 2007. By then trillions of dollars were already invested in this credit-derivative market. Were those new financial instruments resilient enough to cover all the risk? (Answer: no.) As in 1873, a complex financial pyramid rested on a pinhead. Banks are hoarding cash. Banks that hoard cash do not make short-term loans. Businesses large and small now face a potential dearth of short-term credit to buy raw materials, ship their products, and keep goods on shelves.

If there are lessons from 1873, they are different from those of 1929. Most important, when banks fall on Wall Street, they stop all the traffic on Main Street — for a very long time. The protracted reconstruction of banks in the United States and Europe created widespread unemployment. Unions (previously illegal in much of the world) flourished but were then destroyed by corporate institutions that learned to operate on the edge of the law. In Europe, politicians found their scapegoats in Jews, on the fringes of the economy. (Americans, on the other hand, mostly blamed themselves; many began to embrace what would later be called fundamentalist religion.)

The post-panic winners, even after the bailout, might be those firms — financial and otherwise — that have substantial cash reserves. A widespread consolidation of industries may be on the horizon, along with a nationalistic response of high tariff barriers, a decline in international trade, and scapegoating of immigrant competitors for scarce jobs. The failure in July of the World Trade Organization talks begun in Doha seven years ago suggests a new wave of protectionism may be on the way.

In the end, the Panic of 1873 demonstrated that the center of gravity for the world's credit had shifted west — from Central Europe toward the United States. The current panic suggests a further shift — from the United States to China and India. Beyond that I would not hazard a guess. I still have microfilm to read.

Scott Reynolds Nelson is a professor of history at the College of William and Mary. Among his books is Steel Drivin' Man: John Henry, the Untold Story of an American legend (Oxford University Press, 2006).

Slade - Coz I luv you