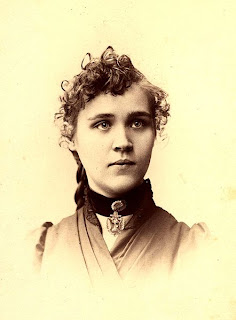 "To those unfamiliar with the movement, the various terms are confusing. Anarchism is, in truth, a sort of Protestantism, whose adherents are a unit in the great essential belief that all forms of external authority must disappear to be replaced by self-control only, but variously divided in our conception of the form of future society. Individualism supposes private property to be the cornerstone of personal freedom; asserts that such property should consist in the absolute possession of one's own product and of such share of the natural heritage of all as one may actually use. Communist-Anarchism, on the other hand, declares that such property is both unrealizable and undesirable; that the common possession and use of all the natural sources and means of social production can alone guarantee the individual against a recurrence of inequality and its attendants, government and slavery. My personal conviction is that both forms of society, as well as many intermediations, would, in the absence of government, be tried in various localities, according to the instincts and material condition of the people, but that well founded objections may be offered to both. Liberty and experiment alone can determine the best forms of society. Therefore I no longer label myself otherwise than as 'Anarchist' simply. (...)

Apart from the question of ideals, there is the question of method. 'How do you propose to get all this?' is the question most frequently asked us. The same modification has taken place here. Formerly there were 'Quakers' and 'Revolutionists'; so there are still. But while they neither thought well of the other, now both have learned that each has his own use in the great play of world forces. No man is in himself a unit, and in every soul Jove still makes war on Christ. Nevertheless, the spirit of Peace grows; and while it would be idle to say that Anarchists in general believe that any of the great industrial problems will be solved without the use of force it would be equally idle to suppose that they consider force itself a desirable thing, or that it furnishes a final solution to any problem, From peaceful experiment alone can come final solution, and that the advocates of force know and believe as well as the Tolstoyans. Only they think that the present tyrannies provoke resistance. The spread of Tolstoy's 'War and Peace' and 'The Slavery of Our Times,' and the growth of numerous Tolstoy clubs having for their purpose the dissemination of the literature of non-resistance, is an evidence that many receive the idea that  it is easier to conquer war with peace. I am one of these. I can see no end of retaliation unless someone ceases to retaliate. But let no one mistake this for servile submission or meek abnegation; my right shall be asserted no matter at what cost to me, and none shall trench upon it without my protest."

aus  Voltairine de Cleyres The Making of an Anarchist.